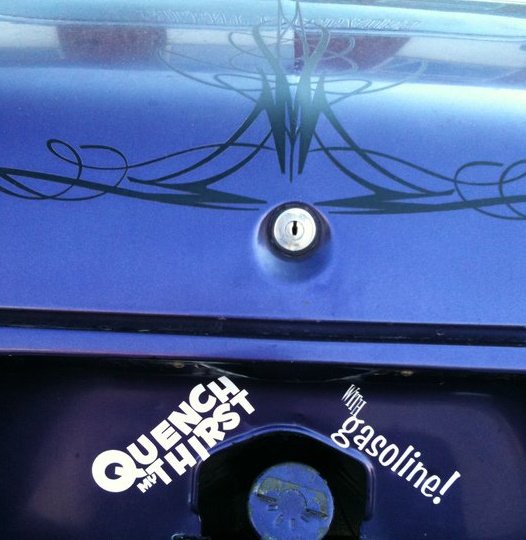 Right, I’ve been terrible at keeping this thing up to date. However, there haven’t been many bodywork or “viewable” changes done to the car in the time since the last post. The nova has had some subtle additions though.

The first thing I did was add a little pin striping to the back of the car (end of Jan 2011) and then in a moment of Metallica fuelled inspiration I added the “Quench my thirst with gasoline” slogan around the fuel cap (end of April 2011). However the final touch was added around the end of July 2011, which are the hood stripes. These are based on the Yenko (YSC) stripes that were on the Yenko Camaro. I am not Don Yenko, hence the LSC on the front.